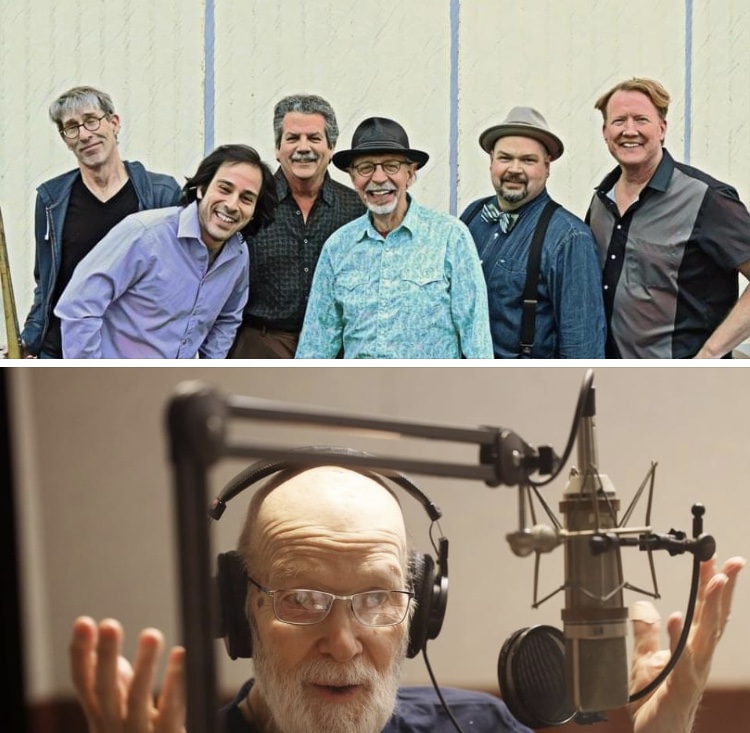 Rochester Music Hall of Fame announces a special Reliant Credit Union BOOKS BACKSTAGE meets SINGER SONGWRITER presentation on Wednesday March 9. Two popular Rochester Music Hall of Fame series are merging for a ‘one night
only’ celebration of Mardi Gras 2022:
Michael Lasser is a writer, broadcaster, and critic. He is the author of three books: America’s Songs: The Stories Behind the Songs of Broadway, Hollywood, and Tin Pan Alley (co-written with Philip Furia), America’s Songs II: From the 1890s to the Post-War Years, and City Songs and American Life, 1900-1950. From 1980-2021, he was the host of the nationally syndicated public radio show, Fascinatin’ Rhythm, winner of a 1994 Peabody Award.
The Occasional Saints have lit up area stages for years with their amazingly original take on New Orleans blues, swing, and roots music. Their new CD, featuring 10 original songs penned by lead singer and pianist Paul Nunes is scheduled for release in May 2022. Nunes’ fellow Saints are music veterans Carmen Verzillo on lead guitar, Mark Bradley on sax, Rick McRae on trombone, Michael Verzillo on drums, and Jay Chaffee on bass.
BOOKS BACKSTAGE has invited authors of music books to a ‘backstage’ meet and greet for several years now. Most of the events feature a live music segment but the Wednesday March 9 event will feature even more live music plus free samples of Agness Wine, Rohrbach Beer, Stromboli food – and even coffee to help keep the beat going. Doors are at 6p / admission $10. More at Rochestermusic.org.
***Note: The annual Rochester Music Hall of Fame induction ceremony is returning to the Eastman stage in 2022 ! Updated info coming very soon. In addition, the Rochester Music Hall of Fame has had a ‘brick and mortar’ location at 25 Gibbs Street (directly across from the Eastman School of Music) for several years and has welcomed world class artists including Lou Gramm, Carl Palmer, Tony Levin and many more.
Note: This is the final BOOKS BACKSTAGE presentation of the 2021 / 2022 year. Special thanks to Reliant Credit Union for their solidarity and their support.